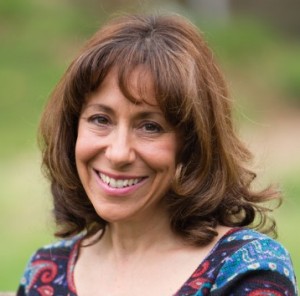 I am a psychotherapist, yoga and meditation teacher, writer, and singer.  I enjoy all of these different roles, as they connect me with others in unique ways.  My unusual orientation has resulted from years of pounding the pavements (and training!) as an actress, as well as the psychological and spiritual work I have done in more recent years.

I attended the University of Pennsylvania for my undergraduate education.  After graduating with an individualized major that included English and Music, I went on to NYU’s Tisch School of the Arts and got my MFA in Theatre.  I spent some years as a working actor in New York, Washington D.C. and Philadelphia (and a few amazing tours to Israel and Ireland).  Eventually realizing I wasn’t cut out to be a starving actor, I returned to the Bryn Mawr College Graduate School of Social Work, where I got my MSW.  I did my practicum at the University of Pennsylvania Counseling Service, where I received excellent supervision and had a wonderful experience seeing Penn students.

After a few diversions (including a trip to India to do some research for a one-woman show I was writing), I ended up in Boston, helping people quit smoking on a grant, and later working at Harvard’s Kennedy School of Government.  I also developed a close theatrical partnership and performed in many incarnations of  “The Will and Lil Show”, and developed my one-woman show, “Depression! The Musical!”.

I moved back to Pennsylvania, joined a large group practice in Media, and meanwhile enrolled in a yoga teacher program at Yoga on Main in Manayunk, completing 200 hours of training.   The experience solidified my beliefs that healing occurs best when the whole body and mind are engaged in treatment.  I went on to complete my 500 hour advanced yoga teacher training at Yogalife Institute.  In addition I attended many other programs to broaden my spiritual orientation and skills.  Highlights include “Lovingkindness meditation” with Sharon Salzberg, Yoga Therapy and Yoga Nidra at Kripalu.

Most recently I have trained with Amy Edelstein of the Inner Strength Foundation to become a mindfulness meditation teacher in the Philadelphia public schools. Beginning in February 2017 I  started teaching 8th graders at Masterman.  I also began leading a class for adults called “Meditation 101”, which is designed for people who would like to begin a meditation practice but are unsure how to start.

Now I have a private psychotherapy practice, teach yoga to the elderly, kids, and every age in between; and lead retreats and workshops on everything from specialized yoga practices to meditation, to finding motivation for change and wellness.

I live with a husband, son, and many animals.